Farmstead Korolinsky folvarok Tyzengauza is located in the Grodno region near Grodno city on the bank of river Tatarka. Beauty of local landscapes in combination with the revived architecture of ancient buildings of manor Tyzengauz column will allow vacationers to plunge into the atmosphere of local culture. Everything here - constructions, the wine cellar, park with rare trees and plants are impregnated with history. 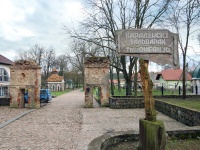 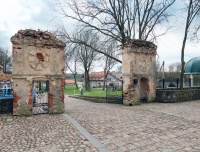 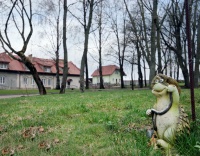 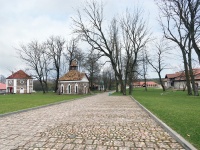 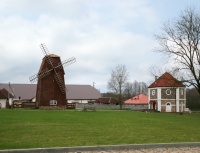 Schedule of administrative and rescue services

Equipment for food preparation by the tourists

Price for citizens of Belarus in Belarusian rubles

The prices for citizens of Russia in Russian rubles

Rates for citizens of other countries in the euro

The house «Rodovoe dnezdo» represents the two-storeyed stone building of the farmstead house. On the second floor thre are nine comfortable double rooms with bathrooms (in six rooms two separate beds are established, in three rooms - a double bed). In equipment of numbers there are a TV and a refrigerator.

The house «Shestigrannik» represents the two-storeyed house revetted with a stone. On the first floor are located a drawing room with the fireplace, the equipped minikitchen with electric devices and a bathroom. On the second floor there are two bedrooms, one has a double bed, the other has two single beds. There is access to a small summer terrace.

Conditions for the admission of children

Show all (+9)
Prices for services are shown for reference at the time of arrival, price list may change

The Administration of an enterprise doesn't bear responsibility forchanges in the public transport schedule.

Taxi ( for 4 persons price per car):
The order of the car for you date and time, meeting at a car of a train, the bus or in a hall of arrivals, help with luggage and currency exchange. The price - for all car in independence of number of passengers.

We are in Kontact

We are on Odnoklassniki